G.R.E.A.T. is Carla Verbsky’s dream and her purpose in life.  Throughout her childhood, she was the victim of bullying, taunting, and teasing.  However, Carla was inspired by her father to always be her greatest self and to always do her very best so that she would feel confident about herself.  In fact, when Carla and her father would discuss some of her bullying issues at school, he would comfort her saying, “Don’t worry Carla, some day you will do something really GREAT!”

In an effort to grow her self-confidence, and a desire to improve herself physically and mentally, Carla discovered martial arts training.  She quickly embraced the moral aspects and principles of the art and also became determined to train and “master” the techniques that were required to advance in belt ranking.  However, the more she trained physically, the more she realized the importance of training mentally and spiritually.  And the more she trained, the quicker she advanced and the more she learned and grew within.  After 2.5 years, faster than anyone else in her school before her, Carla achieved the level of black belt.  On the day of her belt exam, Carla realized that she had become a different person, a better person within and she felt in her heart that not only she had earned a black belt but she had actually “become” one. Carla’s martial arts journey was not an easy one…even while training she had to face many challenges and criticisms from others who did not advance as fast as she did and who did not understand her personal journey.  But Carla kept moving forward, as she always did in her life, with purpose and passion, and she did not give up or let the opinion of others affect her training and her lifelong goals.  In fact, Carla realized that her experience had strengthened herself within and instead of just “wearing” a black belt, Carla committed to living up to the moral values and principles embedded in it, and that are forgotten by so many these days.  Since then, as a martial artist, Carla praises herself for being a role model and she leads by example.  “G.R.E.A.T. Self-Defense” is the platform Carla created so that she could share her knowledge and life experiences with others, honestly and openly.  Carla’s main goal in G.R.E.A.T. is to deliver a powerful message in a very inspiring and unique way; it is her plea for personal change because self-defense starts from changing within.  Finally, Carla wants others to know, especially young ones, that the most important lessons, whether in martial arts or in life, aren’t physical, but are those where we learn self-control, respect, courtesy, integrity, discipline and perseverance.

Finally, looking back, it is clear to Carla that G.R.E.A.T. is the GREAT thing her father made her believe she would do one day.  Perhaps her father’s intention was just to help distract Carla from being bullied and mocked for her appearance while she was growing up. Perhaps he just said it. One way or another, Carla took those words to heart, and has spent her life seeking for her “GREAT thing”.  One way or another, it worked.  G.R.E.A.T. is Carla’s “GREAT thing” and happened simply because she BELIEVED IT, she ENVISIONED IT, and therefore she passionately MADE IT HAPPEN.

And that is exactly what Carla says:

“ALL GREAT things begin with a thought in your mind and a feeling in your heart. So, believe in yourself, and do it with passion.  If I can do it, YOU can do it.”

Our Board of Directors 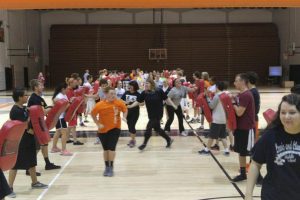 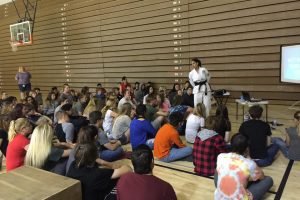 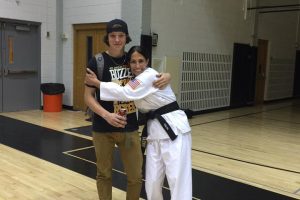 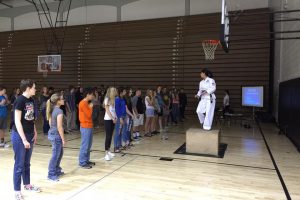 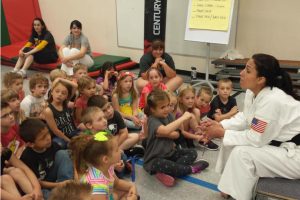 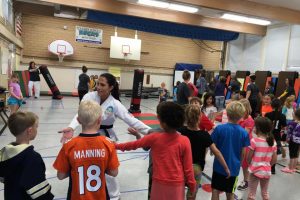